While we were in Page, AZ we heard that Antelope Canyon is a “must see”. So I researched it and found out that we can’t just go and tour the canyon on our own, we have to go as part of a paid tour group. Since we prefer to do our own thing and not have to follow a crowd we were not all that interested in doing that. Besides the fact that it’s a little pricey. I know I say this often but we are not on vacation. We can’t do every fun activity available at every location we visit; we have to carefully pick and choose what we all want to do as a family. If it costs money we have to decide if it’s really worth it.

There are actually 2 tours: Lower and Upper Antelope Canyon. We chose to do the lower canyon tour. I had a hard time finding much information online about this tour and how much it costs. I incorrectly learned that it would be approximately $80 for our family, and after seeing some pictures we decided we should do it.

It turns out it was $116 for our family of 4. The ticket prices added up to $84 ($25/adult and $17/child), but this canyon is on Navajo land and we also had to pay a tribal fee of $8 each. Anyway, this ended up being a pretty expensive tour. It was also very crowded and we were really having second thoughts about our decision to do this.

Well, I am happy to report that it was very much worth our time and money! This place was so incredible! I usually say pictures don’t do it justice, but I think these pictures actually turned out really great.

We did this tour with Ken’s Guided Tours of Lower Antelope Canyon. Our tour guide, Brook, was amazingly helpful. He helped me with my phone camera settings, he showed me the best angles to get the best pictures, and he even took my phone from me several times and took the best pictures. He was an awesome tour guide and I was so glad we got assigned to him.

He took pictures that he said had been used as Apple and Microsoft screen savers, and he showed us some shots that famous photographers took that sold for millions of dollars! 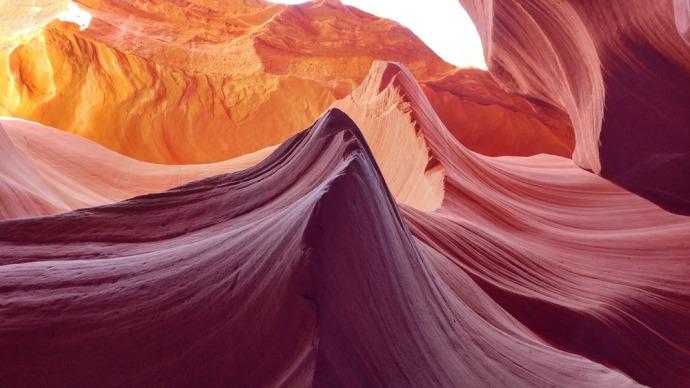 The waves and layers in these rocks were such an incredible site!

The tour lasted for maybe an hour or two (I don’t really remember), but the crowd really thinned out as we started through the canyon. Around every corner we would find new angles and interesting rock formations. Being a slot canyon, there were many areas with narrow passageways to walk through. 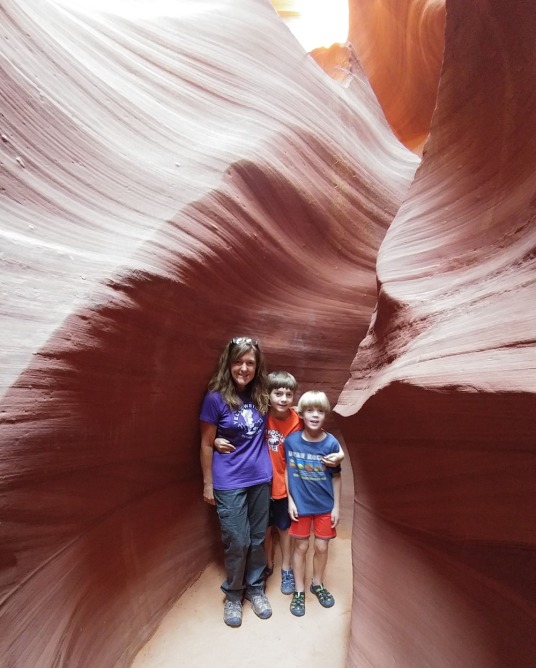 Brook took many pictures of the 4 of us together which was wonderful! 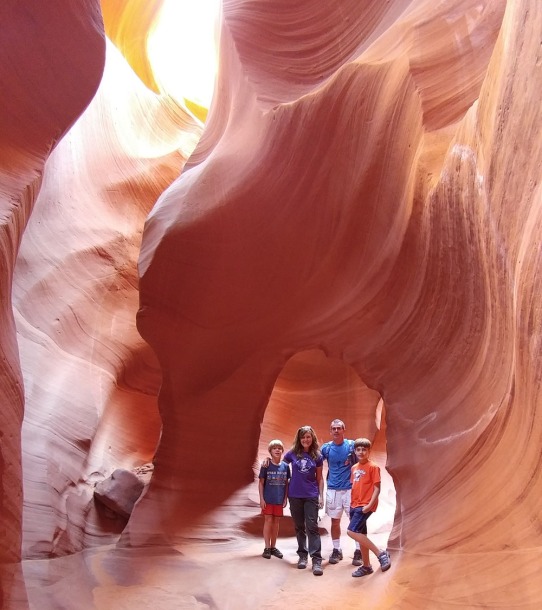 He was even very creative with some pictures like this one where he made a sand waterfall. 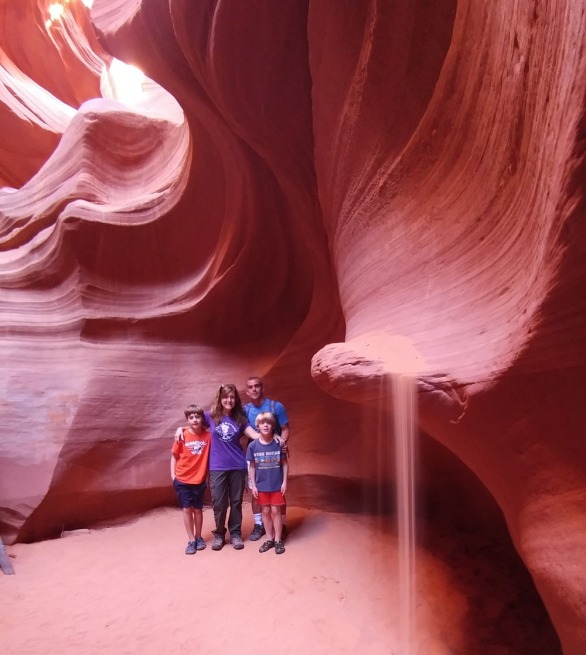 This last picture was right after we came up out of the canyon. We were down there in that tiny slot! It’s amazing to look back across the top and realize how much incredible scenery is down there below.

Like I said earlier, we don’t usually splurge on tours like this, but I am so happy we decided to do this one. Touring Antelope Canyon is such a unique experience and I would highly recommend it if you’re in the area.