Skiing at Beaver Creek and Vail

Beaver Creek and Vail Mountains were a little further away from where we were staying in Breckenridge so we only went to each of those one time. We loved Beaver Creek and wished we had made time to go there more than once. We didn’t love Vail as much but that was because we went the day before they closed for the season when the snow conditions were not the greatest and it was pretty hot for skiing that day in late April. Anyway, we would like to go back and ski at both of those areas another time.

It was snowing the day we went to Beaver Creek. The visibility in the morning was pretty bad and there was so much new powder that it was challenging to ski on, although I love skiing on fresh powder.

By late morning it cleared up and the views were incredible! 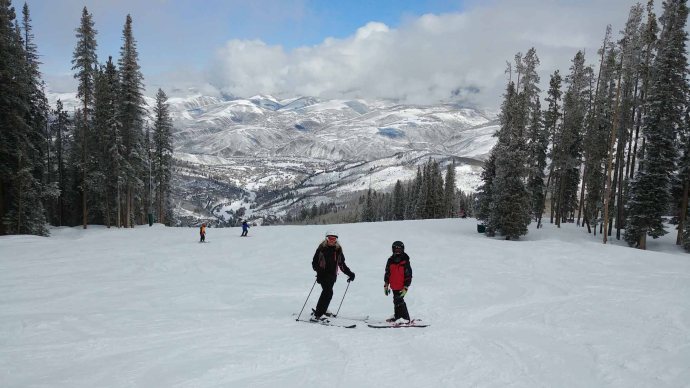 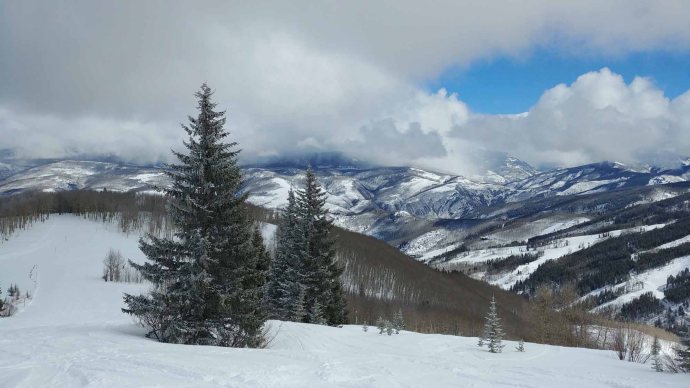 They had some fun Kids’ Adventure Zones that we loved like this one. 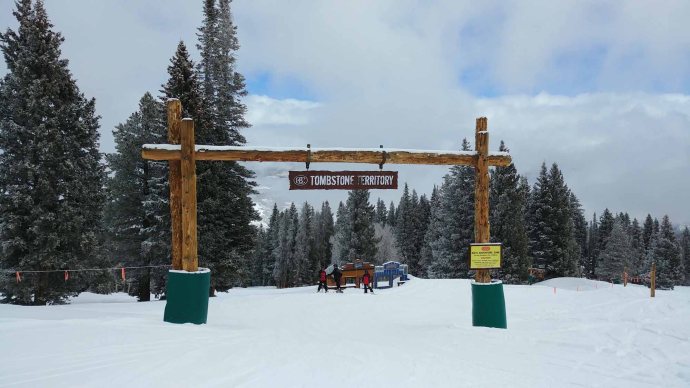 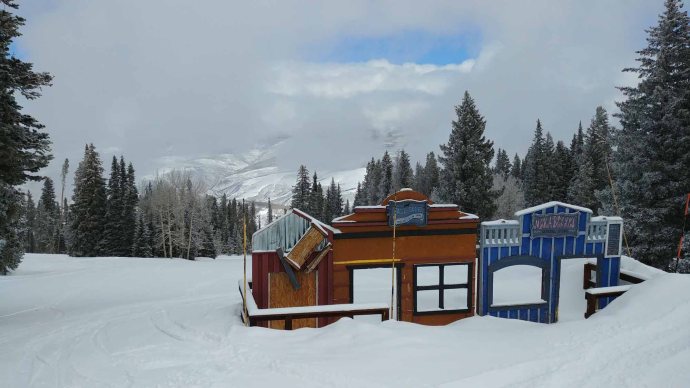 I knew once Jake saw this double-black diamond sign that I was in trouble!

This trail was so hard, but the kids kept saying how much fun it was. I just don’t get it, are we on the same trail here?? I mean, I don’t think I’d say this was fun. I was just happy to make it down alive.

The beginning of 4 Get About It 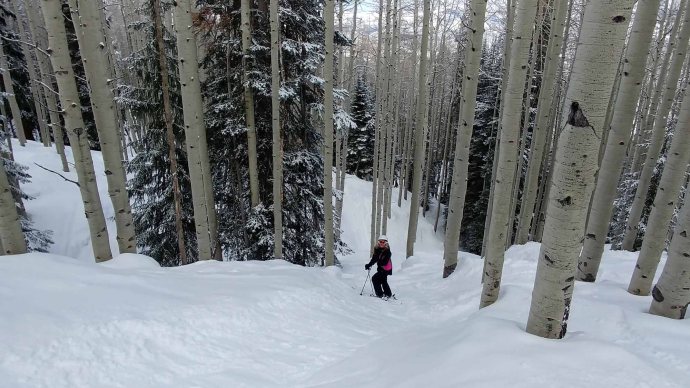 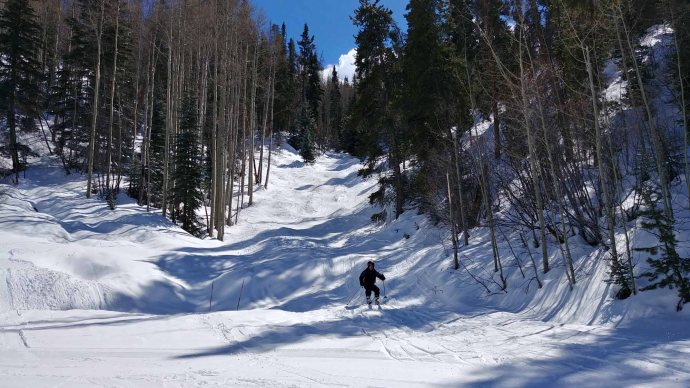 I took so many pictures that day because the views were so beautiful!

Doesn’t it look like a painting in the background? The mountains almost didn’t look real! 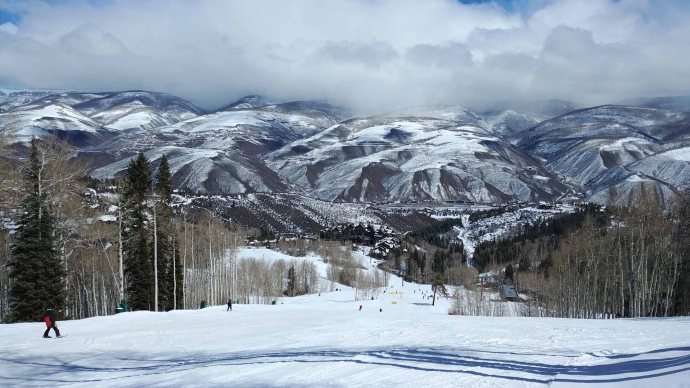 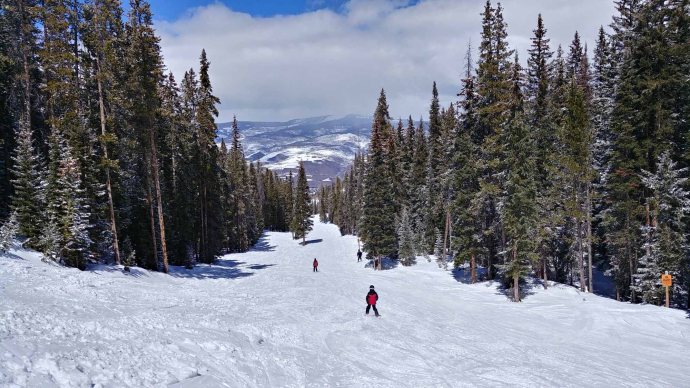 The views from Vail were also very beautiful, I just wish we had gone earlier in the season because the snow was so slushy the day we went it was very hard to ski.

Well, I should clarify that last statement and say that it was hard for me to ski, not the kids. Here is Jake going down something so steep I could barely see over the edge.

I had heard the Legendary Back Bowls were the best but most of them were closed for the season. We did get to experience some of it though, which only made us want to come back again someday when it’s not springtime. 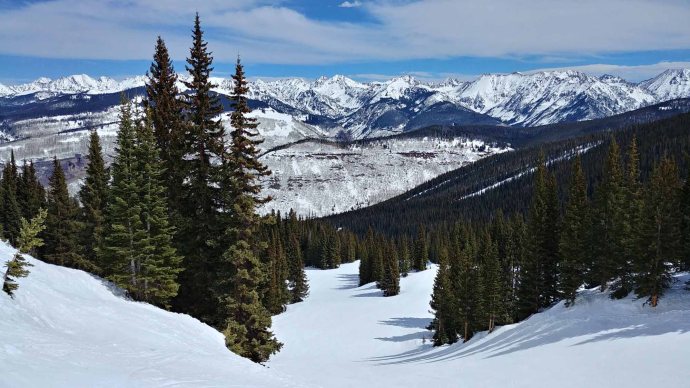 We had gotten so spoiled with the soft, powdery snow at Breck all season that I found this so tiring. Slushy snow is very different and I was so sore the next day! I guess I wasn’t the only one who thought it was a little more tiring to ski on this type of snow.

What an amazing winter it was! In our 4+ years of traveling I think I can safely say that this was our favorite thing we’ve ever done.

I’ll end this with some fun statistics. With my Epic Local Pass I was tracked all season and can see my stats on the Epic Mix app. In 3 months we spent a total of 38 days skiing, rode 347 lifts and went 466,736 vertical feet. The # of lifts and vertical feet do not include A-Basin since they are not included in the app, but I did include that resort in the # of days skied. I’d say we got our money’s worth out of our Epic passes. 🙂

4 thoughts on “Skiing at Beaver Creek and Vail”