Our next stop in the Texas Hill Country was at Thousand Trails Medina Lake.  This lake is quite different from Canyon Lake because there is no water in it!  The lake is totally dry except for a very small section by the dam.  It’s actually quite sad to see the area and hear the stories about how the lake dried up about 8 years ago.  The campground has photo albums of years when there used to be a lake and how it even flooded one year.  It’s amazing to think this area was once covered in water and now it’s totally dry.  The picture below was right near our campsite and believe it or not it used to be a lake:

There are several boat docks and ramps that are falling apart, and it’s hard to imagine there used to be water holding up the docks:

The kids found a little cave:

There are several homes around this lake that have boat docks that are falling apart and the homes used to be lake-front property.  It really is sad to see this and I feel bad for the people who live here and used to enjoy living on a lake.

We heard there was a little bit of water left down by the dam which was about 8 miles away so we took a drive to go see it.  We found the dam but the entrance was all gated up and we weren’t allowed to go out to it.  A little further down the road we saw a sign for Joe’s Marina so we decided to go down there and see if we could see the lake from there.  We got to the entrance and the gate was open, but there weren’t any people around.  There was a parking lot, a picnic area, a playground and a restroom so it looked like a public place and nobody was around to tell us otherwise.  We parked and Chris & Jesse decided to use the restroom.  While they were in there this guy comes up and asks me what we’re doing there.  I immediately felt so uncomfortable like we had just trespassed on someone’s private property, but there were no signs anywhere indicating that.  I told him we just wanted to see what the lake looks like, and he told me we have to pay him $5 for using his restroom.  Seriously?!  $5 to pee?  Okay, so when Chris came out he paid the guy $5.  Then he told us we could look at the lake for 5 minutes, but if we give him another $5 he’ll let us look for 20 minutes.  Definitely not the Texas hospitality that we had gotten used to!  We decided to just hurry up and take a couple of pictures of the lake and get out of there.  Below are some of the pictures we took.  I guess we’ll always remember the story behind how these pictures cost us $5!  🙂 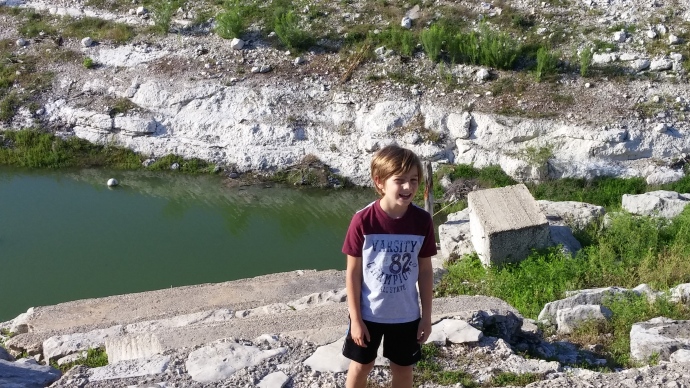 Strange Man was no where in sight when we got back to the truck.  I still felt really uncomfortable though.  When we first got there he was nowhere in sight and then shows up right after Chris went into the bathroom.  Then when we were leaving he was nowhere in sight again.  Just felt kind of creepy to me!  I looked up the website of that place and it sounds like it was a campground and RV park at one time, and some website testimonials mentioned how welcoming and hospitable they were.  Not anymore!  We won’t be back.

Anyway, in spite of the lack of water in the lake, this place is so beautiful.  The view from our campsite was amazing, and we had the perfect view of some spectacular sunsets. 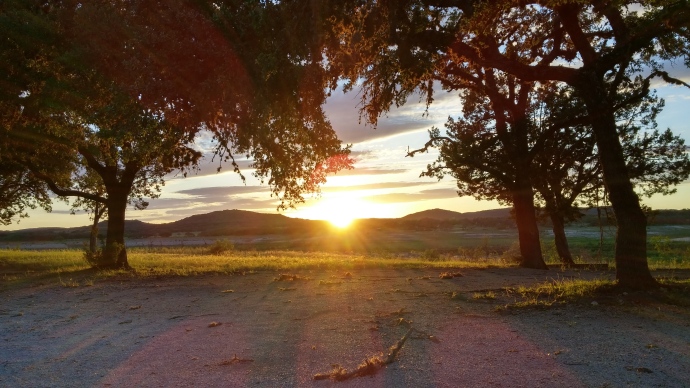 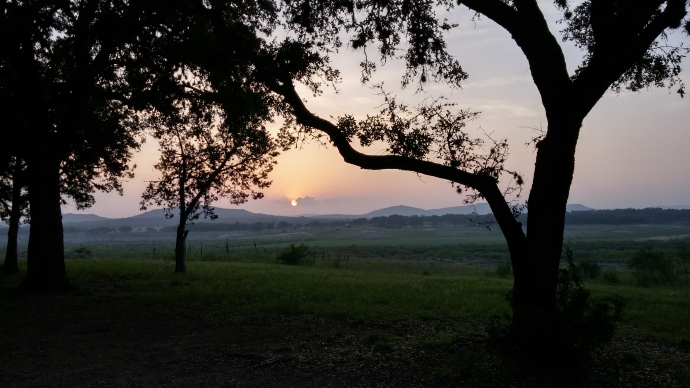 And the best part of this park was all the deer!  So many deer — one day Chris counted 22 at our site, and on the day we were leaving he counted 33!  And they were so tame and friendly and would eat right out of our hands.  Chris got lots of deer feed corn throughout the week for these new pets of ours.  I think he’s going to miss them! 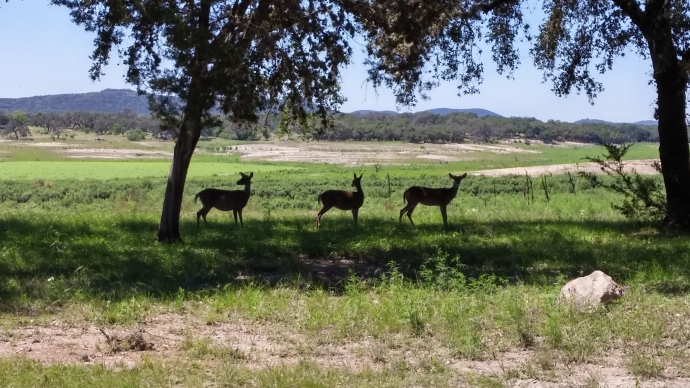 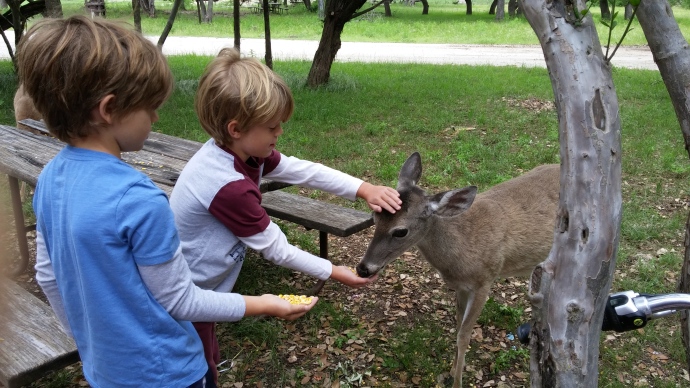 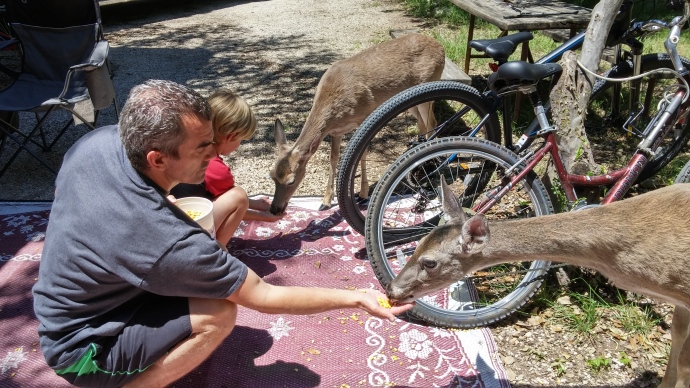 Jesse wanted to make sure I included the story about how he tricked a deer into petting it.  They didn’t start coming up to us and letting us feed and pet them until we had been there a few days.  The first day, Jesse put some deer food in a pail and waited until the deer had its head buried in the pail eating, and then he snuck up on the deer and pet its neck.  The deer quickly ran away from him, but he thought it was funny how he tricked it so he could at least pet it for a second.  He was pretty happy once the deer got used to us and started letting him pet them without having to trick them.

We really enjoyed our time in Medina Lake.  I think it’s so beautiful even without the lake, I can only imagine what it must have been like when they still had water.