The City I Did Not Want to Visit

Las Vegas or Sin City. What do you call it? Vegas was never high up on my bucket list of places to go, but somehow we ended up there for a week between Utah and California. It was a good stopping point and there were several other Fulltime Families in the area. But, were we really going to take our kids to Sin City? I was very apprehensive about going there, but some friends reassured me that there are plenty of kid-friendly things to do in the area. So we went.

I am happy to say that despite my misgivings, we had a great time and I’m so glad we went. I honestly did not see anything that weird or inappropriate. I’ll admit, this traveling lifestyle has taken me out of my comfort zone more than once, and this was one of those times.

One of the really fun things we did was hike at Red Rock Canyon. I know it seems strange to hike while in Vegas, but this was a really great place to get away from the busyness of the city. There are so many hikes at this park, but we only had time for one. We did the Calico Tanks hike which was amazing. It is an out and back hike with lots of rock scrambling which our kids love. 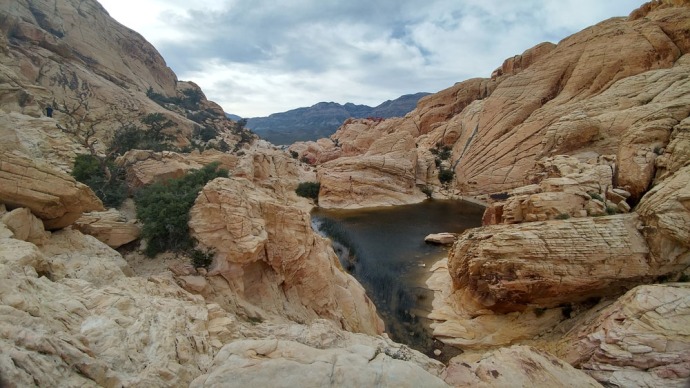 At the end of the trail you can enjoy a beautiful view of the city of Las Vegas off in the distance. 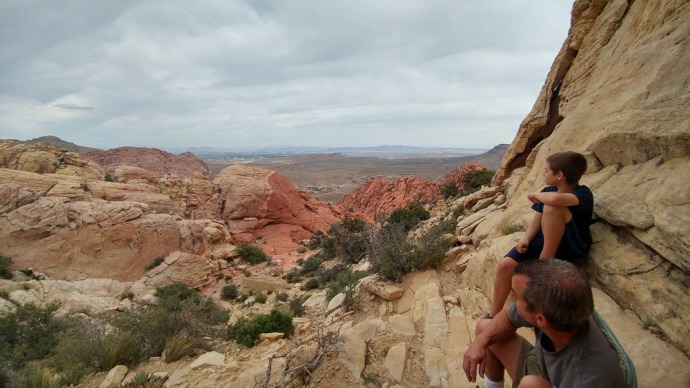 The next night we went to the Pinball Hall of Fame retro arcade. All arcade games are only a quarter and we had so much fun playing these games that I remember playing in the 80s. Donkey Kong was always my favorite, but I’m not very good at it anymore.

The best part about our week in Vegas was getting to know the Arnold family better. We had met them before at FtF rallies but had not gotten the chance to spend much time with them. We had dinner with them several times that week, played lots of games together and explored Vegas. They already knew their way around the strip so I felt okay about going to see it during the day with our kids. I was pretty sure we should not stay after it got dark.

It was really a lot of fun exploring all the hotels. This one was one of my favorites.

The New York New York hotel was pretty amazing with a roller coaster outside. 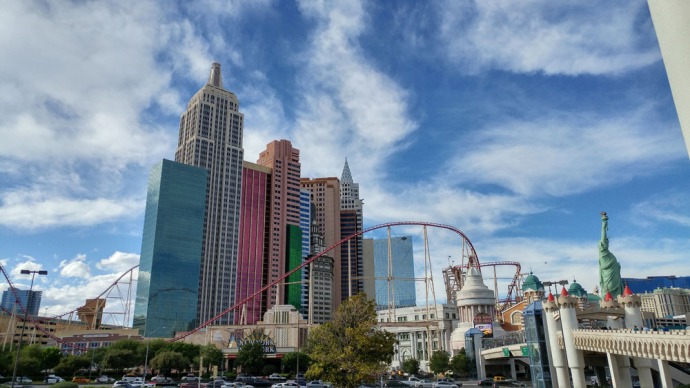 So I said we would not stay past dark, but somehow we ended up staying until 10pm! And it was awesome! We had a great dinner at Nacho Daddy where they have so many unique options for nachos. I tried Thai Chicken nachos and Chris tried buffalo chicken nachos. Both were delicious!

Walking around the strip at night was so pretty with all the lights. And like I said earlier, we did not see anything that made me feel uncomfortable with kids. We did see people handing out flyers for prostitutes, but they do not hand them out to people with kids which I was glad about.

We watched the fountain light show at the Bellagio Hotel which was so pretty! 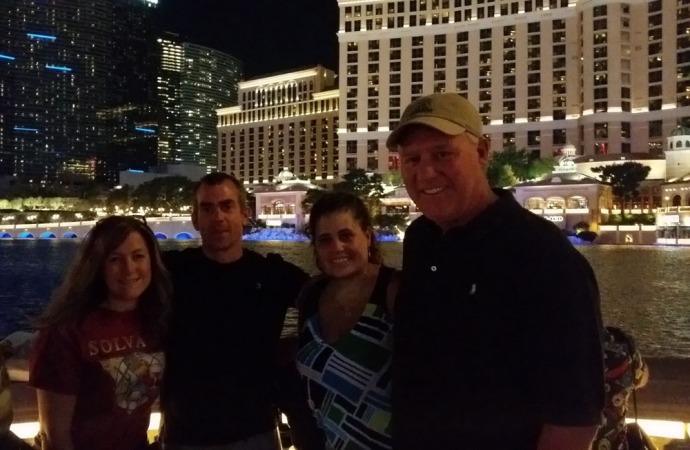 I was so happy that Bunny and Eric were there with us. I don’t think I would have enjoyed it nearly as much without them to show us around.

Another night we went back to watch the Nathan Burton Comedy Magic Show. We were able to get a good deal on tickets through Groupon and it was a kid-friendly show. We all loved it!

The kids with Nathan Burton after the show.

We stayed at the Oasis Las Vegas RV Resort. This was the nicest and safest place we could find in Vegas, but it was very crowded. It’s definitely not our favorite type of place to stay. You probably have heard me say before that I love state parks where we have lots of space, like the super large space we had at our last campground at Sand Hollow. It was hard to go from that space to this!

This RV park at least had a pool which was fun for the kids. And us adults enjoyed the hot tub one night while the kids stayed home and played games.

I am so happy that we did not skip Vegas just because I had heard so many bad things about it. I’m sure there are lots of bad things that go on there, but there are also lots of good, family-friendly things to do. A friend of mine wrote a great blog post about all the fun things they like to do with kids in Vegas: A Kid-Friendly Guide to Vegas.

There were many things in her list that we did not have time for, so I guess that means that one day we’ll actually return to Las Vegas. I never thought I would hear myself say that! 🙂