My purpose for keeping this blog is so that we have a journal of all of the places that we have visited in our travels. Visiting the northeast means we’re passing through several states quickly, unlike when we travel out west and it takes so long just to get from one state to the next. I feel like I just don’t have enough to say about some of these places to justify an entire post, but I don’t want to forget about this part of our trip either. So this post is just a place to record what we did in 4 states where we did not spend much time.

After a very busy week in Washington D.C. we spent a weekend relaxing at Lums Pond State Park in Delaware. We didn’t do anything else in DE except just rest and enjoy the state park. Our site backed up to Lums Pond which looked more like a lake to me. We had a fishing dock behind us and Jake & I took the kayak out on the pond.

This was the perfect spot to rest after such a busy few days in DC.

We actually spent a week in New Jersey, but did not get out much during the week. Besides the fact that the weather wasn’t that great, we needed some downtime for work and school. I know it may look like we’re always on vacation, but in reality we have real-life stuff to do during the week. This was the week after we took time off work to visit D.C. so it was nice to just get back into a “normal” routine, whatever that means. 😉

Once the weekend rolled around we had a nice sunny day and decided to go check out one of the boardwalks along the Jersey Shore. We walked along the boardwalk in Ocean City, the kids got to ride one ride (because the rides are not cheap), they played for a bit in an arcade and then had some ice cream. 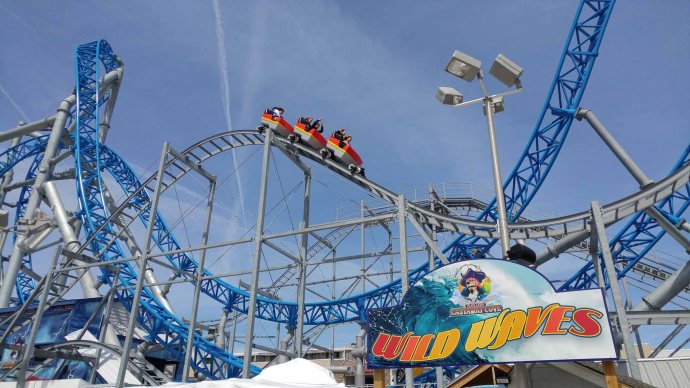 This store reminds me of a certain Fat Cat, also known as Bad Kitty.

After NJ, we spent some time in Pennsylvania and New York which I already blogged about previously.

After NY, we had a quick stop in Mystic, CT. Are you old enough to remember the Julia Roberts movie Mystic Pizza? I thought it was fun to eat at that pizza place even though the movie was not really filmed there.

The town of Mystic is super cute! 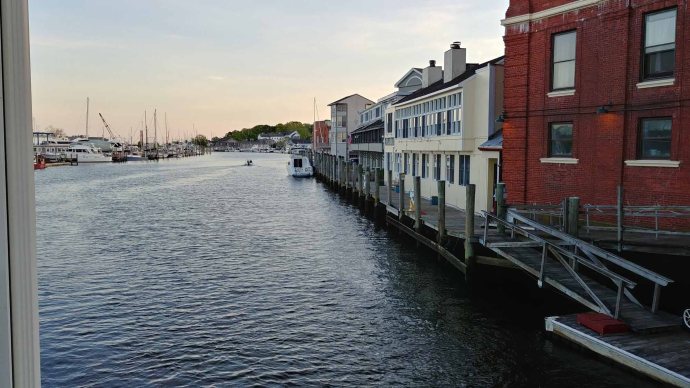 I saved the best for last. After CT, we had another quick stop in Narragansett, RI where we stayed at a beautiful state park called Fishermen’s Memorial State Park. I loved Rhode Island, especially the Cliff Walk! We went to Newport to hike along the Cliff Walk that I had heard about from some other Fulltime Families. This was gorgeous and made me excited to eventually get to Maine where I think we’ll see lots more beautiful ocean views over rocky cliffs.

This is called Forty Steps and is where we started our hike. 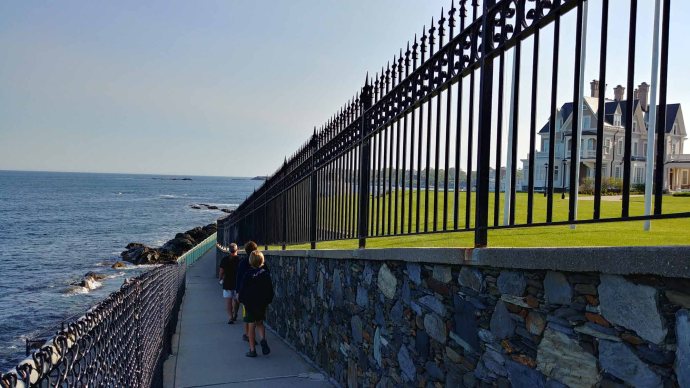 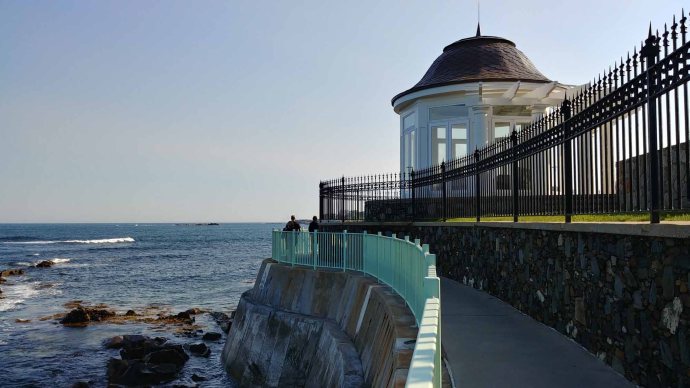 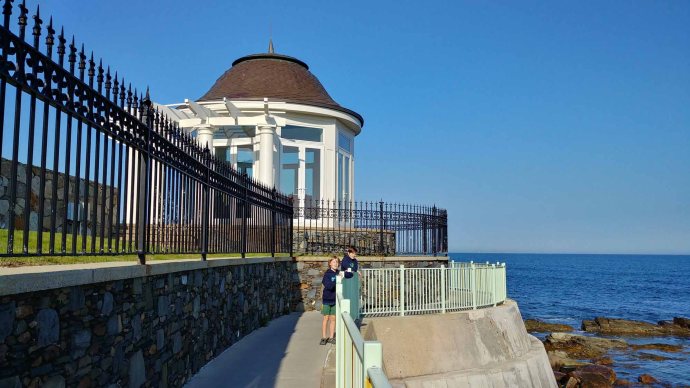 Newport, RI is known for some really extravagant mansions. You can see some of them along this Cliff Walk. I was thankful to have such a beautiful day to see this.

That wraps up my recap of our quick visits to these 4 states. On to Massachusetts next.

3 thoughts on “Quick Visits to 4 States”