There is a famous quote by Mark Twain that says something like “Tragedy + Time = Humor”. Now that 6 months have passed since our Heartland RV fell apart (The Day our Heartland RV Left us Homeless), we are finally able to find some humor in the whole thing, thanks to a silly inspection report we received from Heartland and Lippert (the frame manufacturer).

We found this report so ridiculous that it gave us something to laugh about in this otherwise sad situation. It doesn’t seem like Lippert was able to find a root cause for the RV frame failure, so instead they pointed out ways in which they think we didn’t maintain it very well. Considering we spent a lot of money every year having the annual maintenance and inspections performed I was surprised to hear we didn’t maintain it. It sort of seemed like they were just looking for a reason to blame us like the previous Heartland inspector did.

What do you think? Are these valid reasons for an RV to fall apart?

Don’t let your cat sit on the couch — the RV might fall apart.

Don’t let kids lounge around on the couch — the RV might fall apart. 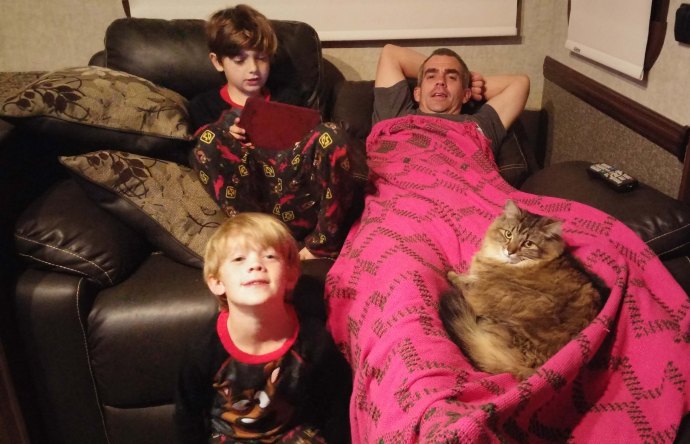 Don’t let cats or people use the couch — the RV might fall apart.

Hopefully using the couch in our new RV won’t lead to a disaster like this, but unfortunately Lippert made that frame as well! Sadly, RVers have very little choice when it comes to the frame manufacturer of RVs we purchase. Most are made by Lippert. 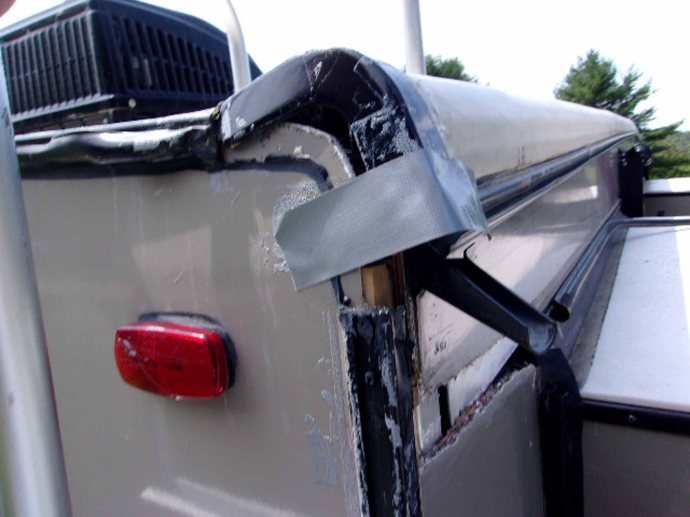 Who knew using the couch could lead to this?

Taping the fender led to this hole in the wall by the roof?

Re-attaching the interior trim led to this crack near the roof? 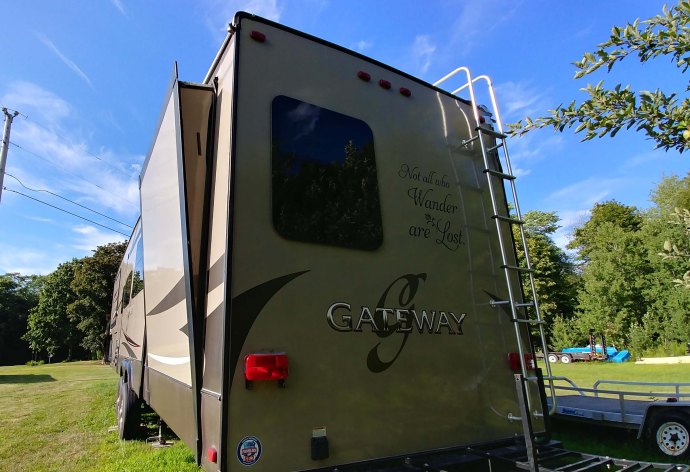 Lots of RVers have these sticker maps — just don’t use this if you have a Heartland. That shows proof that you traveled in the RV and you’re not supposed to do that.

Maybe I’m biased since this was my home, but I always thought it looked really nice. 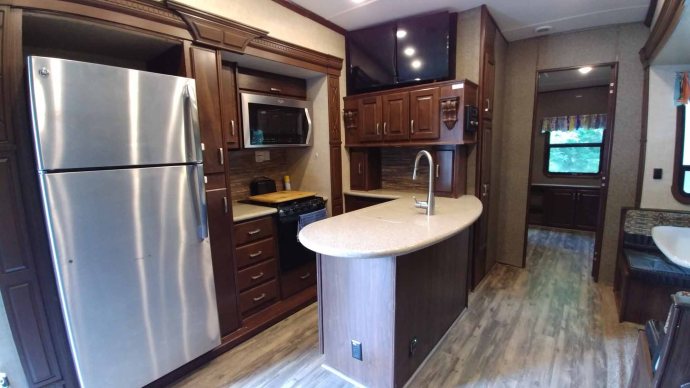 Chris sent an email to the folks at Heartland to let them know just how ridiculous we found this Lippert report. We didn’t expect a reply but we did receive one from Heartland’s General Counsel. She said: “I would like to discuss with you potential resolutions to this situation. As Heartland’s general counsel, I am in a position to assist resolving this matter amicably.”

Based on that, I naively got my hopes up that finally Heartland was going to do something to rectify this. Once again I was wrong, but I shouldn’t have been surprised because this is so typical of how Heartland has treated us from the beginning. Telling us one thing only to turn around and disappoint us time and again. We were told that Heartland has decided to stand behind this Lippert report and the Heartland report that claimed we hit a tree.

You know, this all could have had a much better ending if Heartland had only cared about a customer needing help. I’ve said before how I used to speak highly of our experience with them. Early in 2018 we had discussed upgrading to a toy hauler by the end of the year, and we were seriously considering a Heartland Cyclone. However, when our Heartland Gateway fell apart and we reached out to them for help, all we got were lies and excuses. Instead of maintaining good customer relations with us and keeping us in the Heartland family, they showed us why we should never own another Heartland. They have also turned us into consumer advocates who will let others know why they should never own a Heartland.

Based on the hundreds of comments and emails I have received in response to our story, I can say for certain that we have spared others from purchasing from this heartless company. Those responses have also opened my eyes to the fact that we are not the only ones to have such a terrible experience with Heartland. Many who reached out to me mentioned how they also have had major issues such as frames cracking, and their rigs are newer than ours. Since Heartland won’t help them, why would I think they would help us?