An Epic Winter in Breckenridge Part 1

It has been a long time since I posted anything here, I think it’s about time I catch up on what we’ve been up to lately. We just spent a fabulous 3 months in Breckenridge, Colorado skiing and playing in the snow. RV’ing in the snow is a novelty to us being from Florida. We weren’t quite sure what to expect and if we would be warm enough in the RV. I am happy to report that our Grand Design RV was plenty warm enough and we had the most amazing 3 months ever!

Chris and I have skied before, but it had been 11 years since we last skied. Also, we have only ever skied in New England so skiing in Colorado was a totally new experience. The kids have never skied so they took lessons the first day. I’ll talk more about their lessons in a later post, but suffice it to say they had an excellent instructor. By the end of the season they were taking us down double-black diamond trails (if you’re not familiar with ski terminology, those are the hardest for sure!) 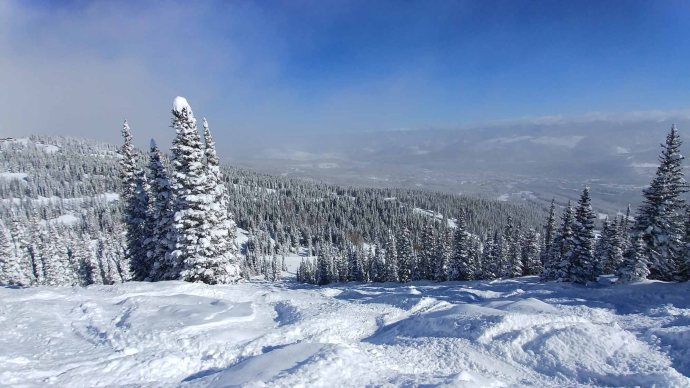 We skied at 5 ski areas that were all included on our season pass (more about that later as well). After 3 months of skiing, I’m sure you can imagine I had tons of pictures to sort through. I can’t possibly fit everything into one post as that would be way too long, so I’ll try to organize this into a few smaller posts. This first post is about skiing at Breckenridge and also includes where we stayed. 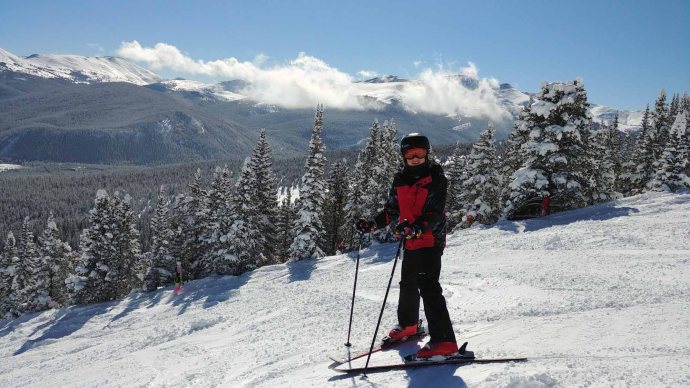 The Breckenridge ski area is huge! There are 5 peaks and so many lifts and trails, it was several visits before we had explored most of it. At first we stuck to the easier green (beginner) and blue (intermediate) trails, but eventually our kids wanted to venture onto the black (expert) trails. 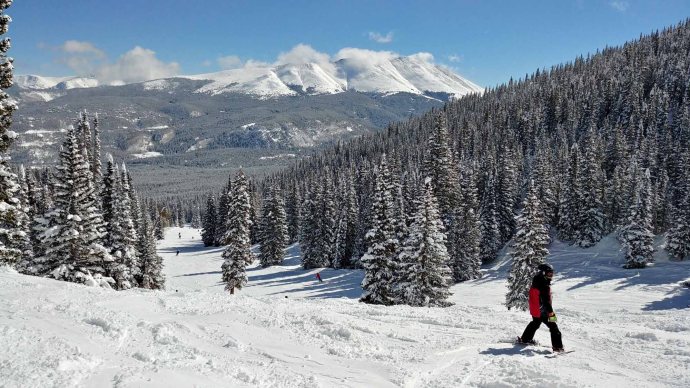 I’m glad they advanced in their skills and enjoyed it so much, but I have to admit there were times I wish they would have stuck to the greens and blues. Those black trails were quite challenging for me. I got better as the season went on, but there were times I was praying I would make it down alive! 😉

There were some trails called Kid’s Adventure Zones which were basically trails through the woods with fun props along the way. We loved those! I was glad we had kids with us because the sign states adults must be accompanied by a child. 🙂 At Breck our favorites were the Haunted Forest and Ripperoos Forest.

We stayed at Tiger Run RV Resort. It was a great place to call home for 3 months. It was a 10 minute drive to Breck, 15 minutes to Keystone, 25 minutes to Arapahoe Basin and about 40-50 minutes to Vail and Beaver Creek. I’ll write about those other ski areas in a later post. There were several other Fulltime Families staying at Tiger Run. In fact, we learned all about how to winter RV in the snow from a family that we had previously met at a couple of FtF rallies. That family was staying at Tiger Run also, and we had so much fun hanging out with them.

Fat Cat was not crazy about this snow thing. She loves to go outside, but she did NOT love it here. I think she was mad at us for staying so long in a place where she did not enjoy going outside. By late April however, most of the snow at our site had melted and she was happy to be back outside again.

The kids loved playing outside in the snow with their friend Jacob. 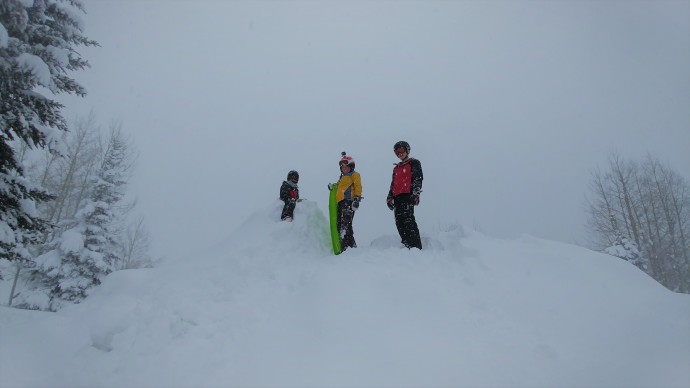 I also loved playing in the snow! The snow was so soft and there was so much of it!

The whole bottom half of my body is buried in snow!

The RV park has a really nice indoor pool and hot tub which we enjoyed frequently.

Not all Fulltime Families fly south for the winter!

One day we even saw a moose wandering through the campground!

Another fun thing to do in Breckenridge is sledding at Carter Park. 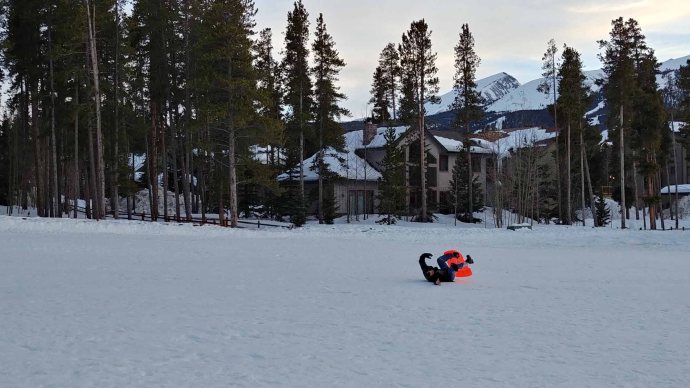 Chris being his usual silly self. 😉 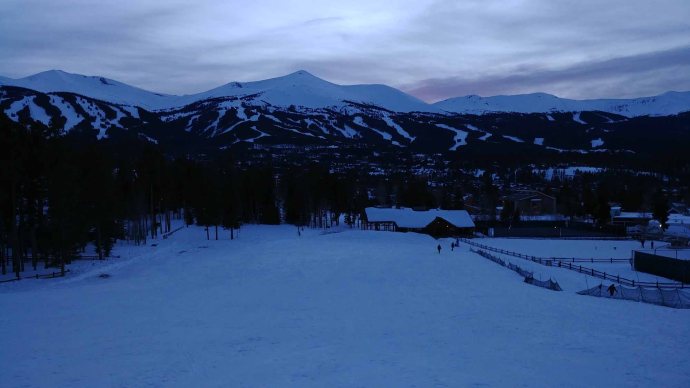 View of the ski slopes at Breck from the sledding hill.

I can’t even describe what an incredible 3 months this was, it was a season I wish could have lasted forever. However, I don’t want to give the impression that life is always perfect like social media tends to portray. We had our share of challenges — RV’ing in the snow is not the easiest thing to do.

There are a lot of preparations necessary for RV’ing in the cold and snow. We had to put up foam board skirting along the outside of the RV to keep the underneath part of the RV from getting too cold. We had to use heated hoses and heat tape to keep the outside water and sewer hoses from freezing, but that didn’t always work which is why we sometimes had no water in the morning.

In addition to the preparations, it seemed like our RV home was in a constant state of chaos and mess for 3 months. We were always tracking snow into the house when we came inside, and there were jackets, boots, ski pants, hats, gloves, etc. always taking up space because there is just no extra space for that kind of stuff in an RV. I am one of those people that is very organized and likes everything neat and in it’s place. The mess of those 3 months could have driven me crazy if I let it, but I had to remind myself that it was worth it, the memories we were making far outweighed any of the inconveniences!

I’ll admit we were nervous about how we would survive spending 3 months in an RV in the cold and snow. Many times we came close to canceling and going someplace warmer. But I’ve come to realize that if we didn’t do things because of fear of the unknown, we would have missed out on some amazing experiences. This is one of those amazing experiences I’m so glad we didn’t miss out on due to fear of trying something new.