We spent a week at Grand Teton National Park and it is definitely one of the most beautiful places I have ever seen.  It seems I say that about every place we go, but seriously my pictures do NOT do it justice.  If possible, please come and see this place in person.  It’s amazing! 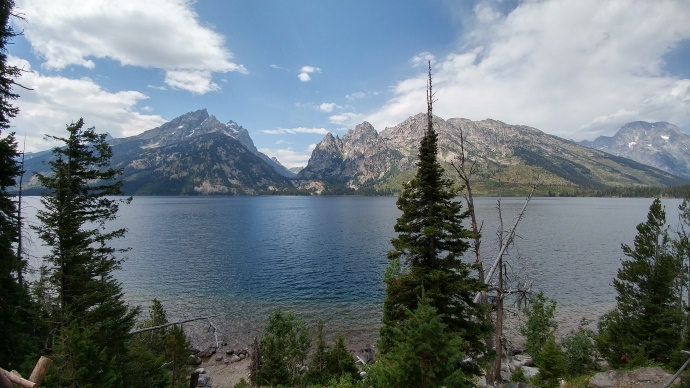 The first hike we did was along String Lake to Leigh Lake.  The water is so clear and blue!

Another day we did an awesome 6 mile hike halfway around Jenny Lake and then up to Inspiration Point.  It’s 6 miles out and back, but if you don’t want to hike the whole 6 miles, you can take a shuttle boat across the lake that drops you off where you can hike just to Inspiration Point which is 2 miles round trip.  If you’re up for it though, I would highly recommend the entire 6 miles because the Jenny Lake portion of the hike was the best part and the least crowded.  We saw a moose and a bear on this hike.  Neither one were very close to us so I didn’t get any good pictures, but it was really cool to see those animals in the wild. 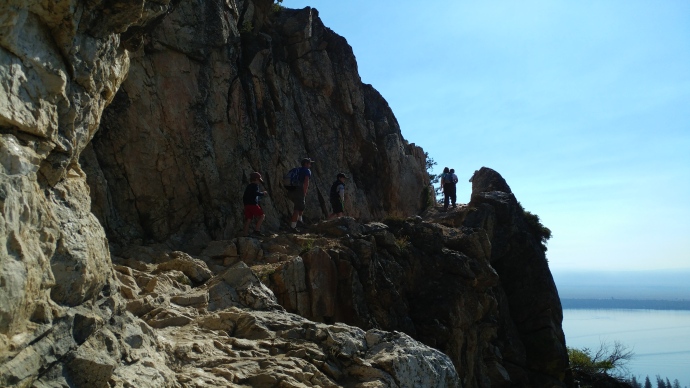 Chris was so excited about seeing a bear that he decided to go for an early morning hike the next day with Jake to see if they could find any more bears.  And they did!  They saw a huge grizzly bear that stood up on his hind legs and then started walking towards them.  They were a little too scared to take any pictures and just slowly backed away.  We had just gone to a bear safety ranger program the previous day and purchased some bear spray, but thankfully they didn’t need to use it.  Jake was pretty scared by that bear and didn’t want to go on any more bear hunting expeditions, but I’m not so sure that Chris learned that lesson yet.  I told him I didn’t want him to spend the rest of our trip dead, so hopefully he’ll stay away from the bears. 🙂

This trip was made extra special because my parents were able to join us later in the week. After picking them up from the airport we went to visit the cute little town of Jackson Hole.  Those are real antlers in that arch!

This looks like it would be a fun place to come back for some winter time snow skiing!

Then we headed back into the park and went to see the Chapel of the Transfiguration which was so beautiful! 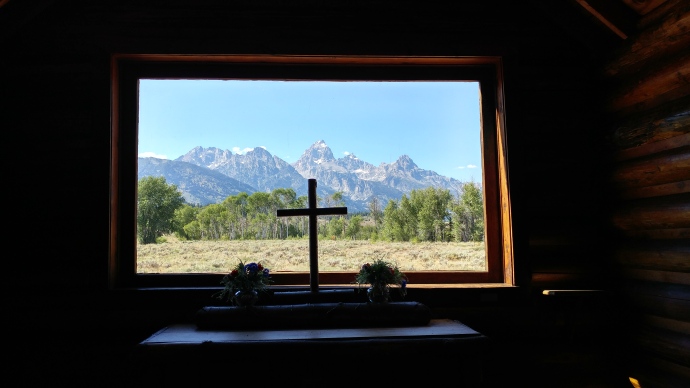 Chapel of the Transfiguration Picture Window

We camped at the Colter Bay RV Park inside the Grand Tetons which was really nice and woodsy.  Colter Bay Village has lots of facilities available like a grocery store, gas station, restaurants, a marina and a visitor center.  We did some hiking around there and also went to the Visitor Center so the kids could get their Junior Ranger badges. 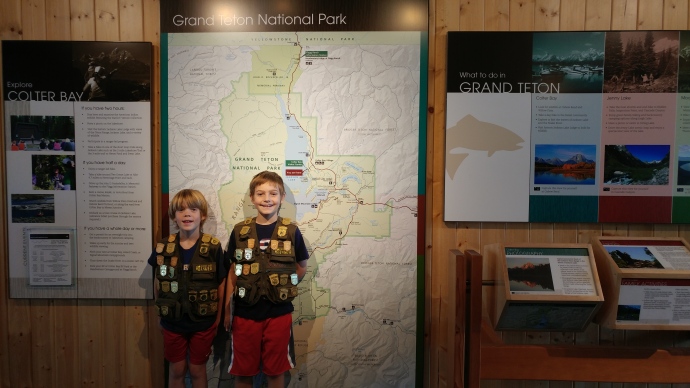 We also went to the Jackson Lake Lodge which was a fun place to visit.  They have a playground and pool that the kids enjoyed.  The Jackson Lake dam was also a very nice stop.

On our last day there we hiked the 4 mile loop around String Lake. 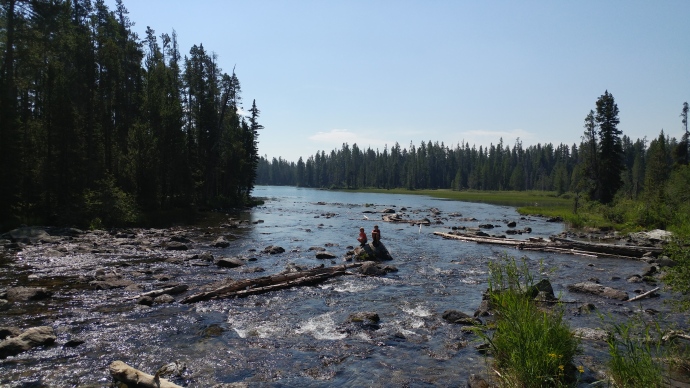 If you plan to visit there in the busy summer months and want to hike, I would recommend getting to the trailhead parking lots early.  They fill up fast!

We had such a great time showing Gramma and Grampa around the Grand Tetons!  From there we all went up to West Yellowstone, Montana to begin exploring Yellowstone National Park. Stay tuned for posts about that.