After we left Florida we started traveling up the east coast stopping at beaches in both South and North Carolina. This is not new territory for us since Chris and I both lived in Charlotte, NC for many years, in fact that is where we met!

Our first stop was Myrtle Beach, SC and that is a place that we have been to many times. I remember going there when I graduated high school and then several times over the years after that until we moved to Florida. Considering Chris and I haven’t been there since the year 2000 though, it almost seemed new to us.

We took the kids to Broadway at the Beach one evening. It was still the off-season so not very busy, but still fun to show them where we used to hang out in a previous life. 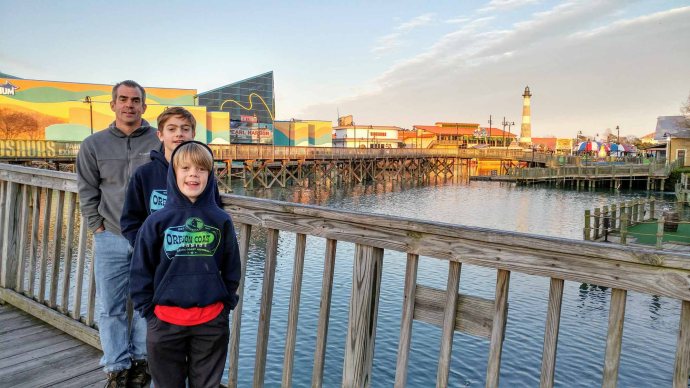 Chris and I celebrated our birthdays there that week, and since it’s not too far from Charlotte my parents came to visit too. I can’t remember the last time I saw my parents on my birthday so that was a real treat! 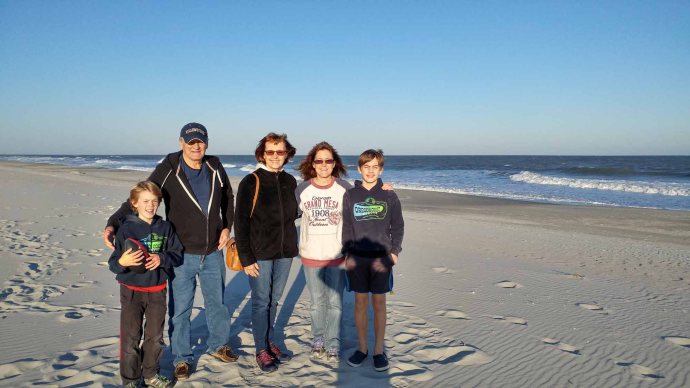 Mini golf at Ocean Lakes Family Campground with the Grands.

Mom and I had one really nice and warm day on the beach while Dad and Chris played golf. 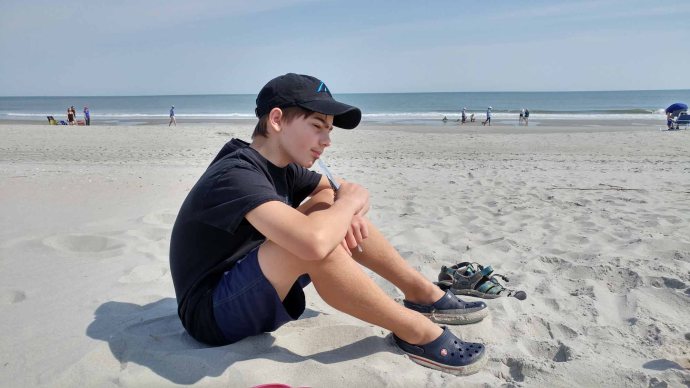 Looking at this picture of Jake, I realize how much he has grown up. He looks so serious in this picture. I can’t help but stare at him lately and wonder where my little boy went. I wonder if other moms of boys go through this? I see him changing into a man before my eyes and I have to admit it makes me a little sad. I’m happy to watch him mature into a wonderful young man, but also sad that he’s not a little boy anymore. At least I have other pictures that still show his younger side, like this one: 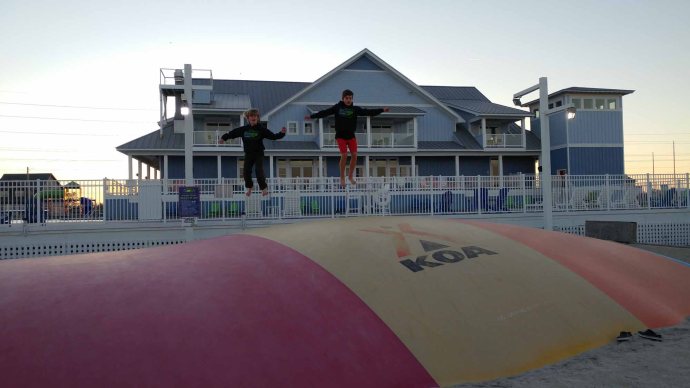 That last picture is from our next stop along the Carolina Coast. That was at Cape Hatteras KOA which is on the Outer Banks of North Carolina. That was actually new to us! We had never been to the Outer Banks even though we lived in NC. We were there during the off-season and it was quite cold! It barely got out of the 40s that week, but we enjoyed our stay anyway, having the park pretty much all to ourselves.

The ocean was on one side of the campground and the sound on the other where we saw a gorgeous sunset.

Jake took Fat Cat for a walk on the beach one day — I can tell you she did NOT enjoy that!

We visited the Cape Hatteras Lighthouse which was the prettiest lighthouse I have ever seen! I’m not sure if they just painted it, but it really was beautiful! 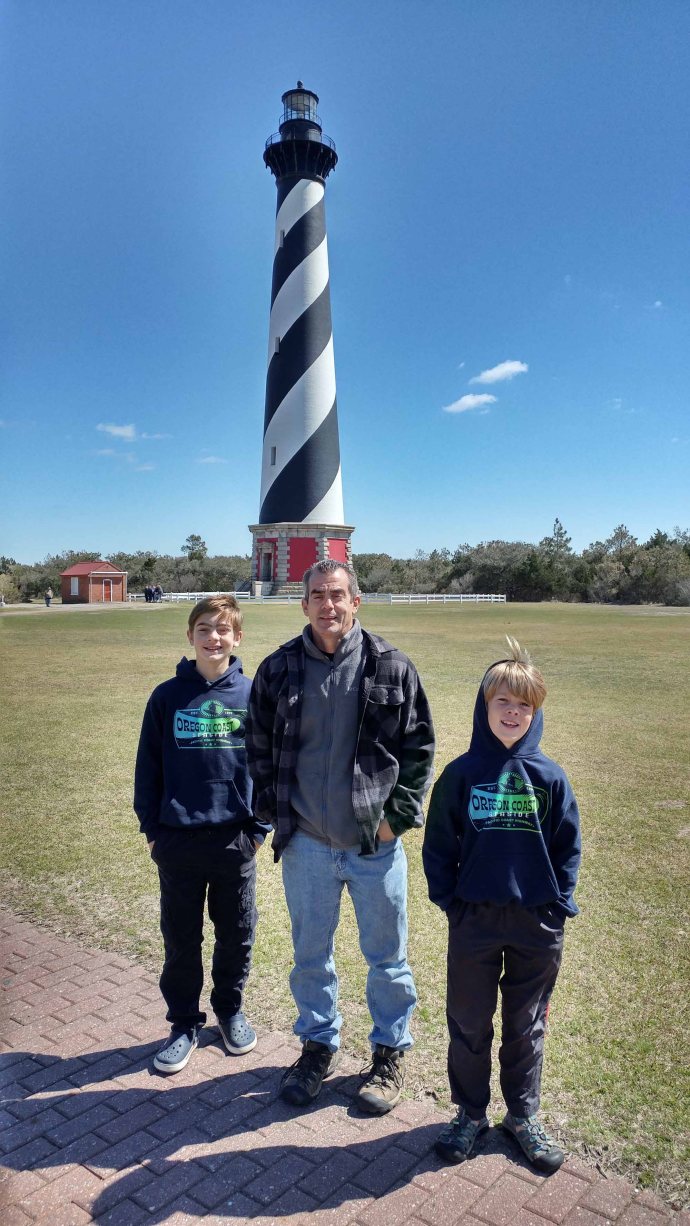 We really enjoyed our time visiting these beaches along the Carolina Coast, although I wish it could have been a little warmer. Next we moved on to Williamsburg, Virginia. Stay tuned to read about that.