Posts Tagged With: the soup nazi

We started our second day in New York City at Times Square. Let’s just say this was over-the-top on crowds and noise. It was quite overwhelming with all the noise, lights and signs, crowds and countless people trying to sell us tickets to whatever (bus tours, shows, bike rentals, you name it!)

I loved seeing the Times Square Ball with 2018 on top. We will definitely be remembering this sight when we watch the ball drop again this New Year’s Eve.

We stopped in the M&Ms store which was enormous! 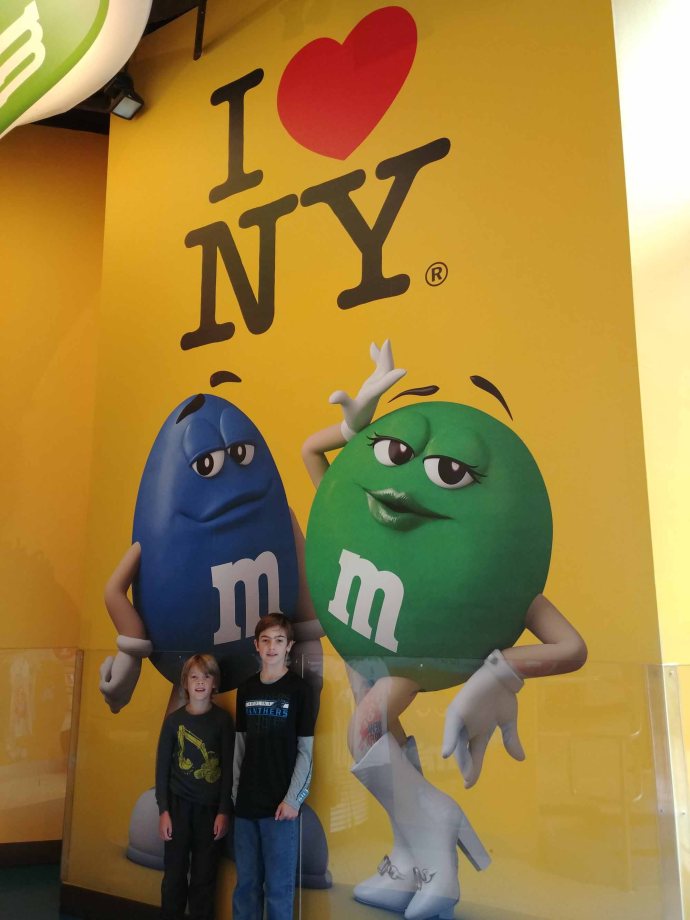 Once we had our fill of the over-stimulation of lights and noise, we started to head toward Central Park for a taste of nature in the midst of the city chaos. On the way we stopped to pick up some lunch at the Original Soup Man. We are huge Seinfeld fans and this was the restaurant that inspired the famed “Soup Nazi” episode. 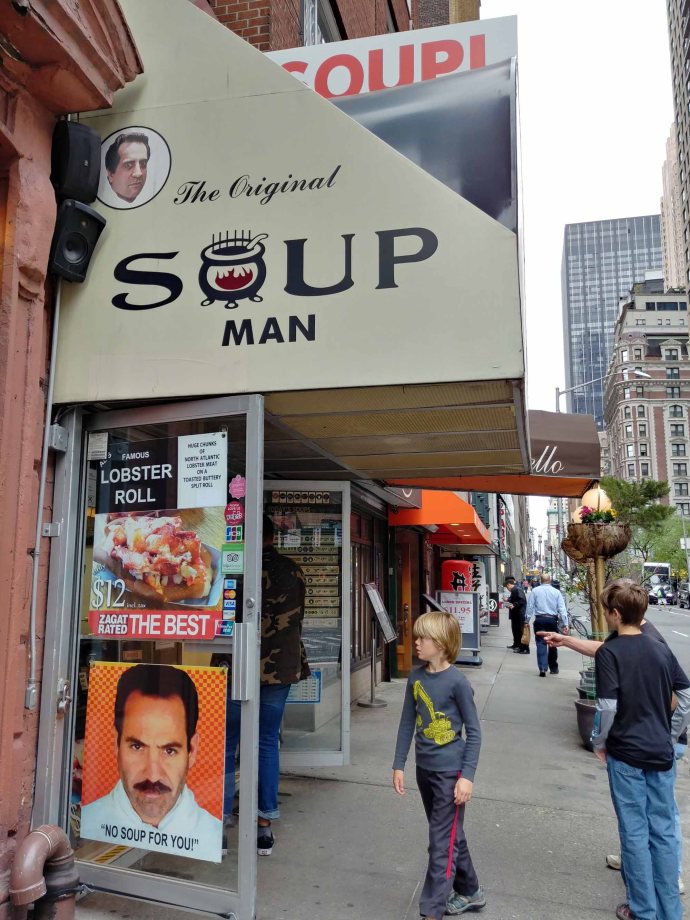 We brought our soup lunches over to Central Park (the soup was delicious by the way), and enjoyed several hours meandering around the park. Who knew that it could literally take days to explore Central Park? That place is huge! And such an oasis in the middle of a noisy, crowded city.

There are 21 playgrounds within Central Park. We managed to hit several of them, but definitely not all 21. 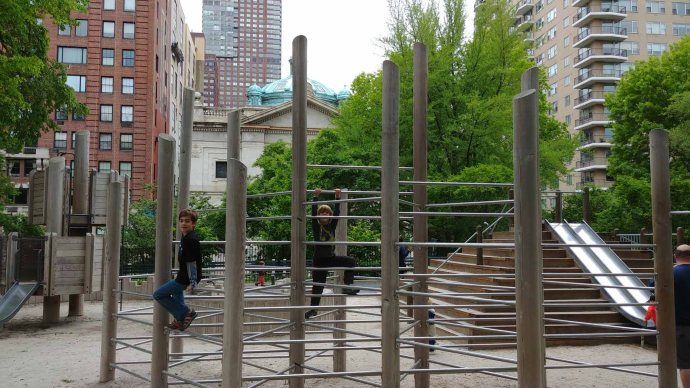 The Strawberry Fields section was a memorial to John Lennon. I love oldies music like The Beatles so I enjoyed visiting this area.

There were lots of areas to just sit and relax. 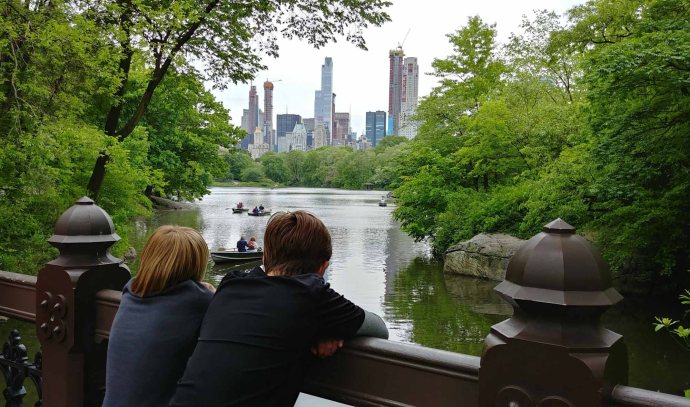 When the boys were little we read a book about a sled dog hero in Alaska named Balto. At the end of the story it mentioned that there is a statue to honor Balto in Central Park. I forgot all about that until we came upon the statue as we walked around. 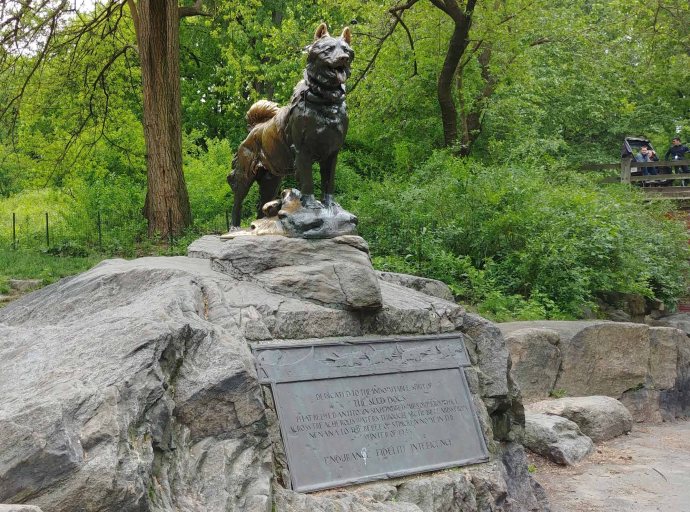 After we roamed around Central Park for several hours we headed back into Times Square to find some dinner, but first we wanted to see a couple more iconic buildings.

One more glimpse of the New Year’s Times Square Ball

While visiting New York we stayed at a county park called Croton Point in Croton-on-Hudson. This park was really nice and didn’t feel like we were so close to a city. 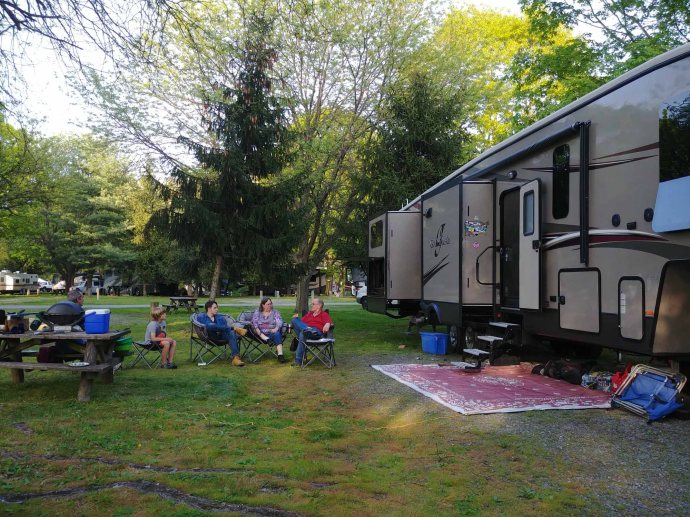 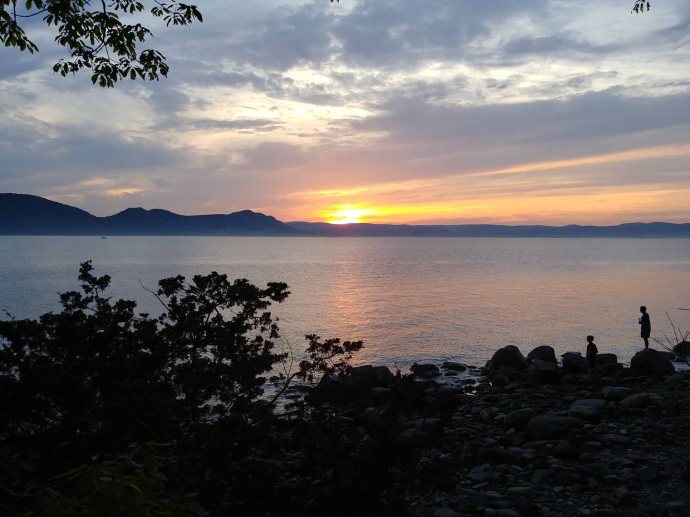 Beautiful sunsets over the Hudson River

The best part about the campground was that the train into NYC was just outside the entrance to the park making it very easy to travel into the city. The train took us right into Grand Central Station which was an experience in itself.

From Grand Central you can catch a subway to pretty much anywhere you need to go in NYC. Like I mentioned in my first post about NYC, New Yorkers were surprisingly helpful to us in figuring out where we needed to go and which subways to take. One person even got on a subway with us, then let us know when we got to the right stop and kept reminding us which one to catch next. I suppose not all New Yorkers are nearly as nice and patient, but in our experience everyone was super nice to us.

I love to leave an area on such a high note, having made such incredible memories. That’s how it was when we left New York. It beat all of my expectations and now I look forward to visiting again someday.

One last surprise from our time in NY actually happened after we left. Chris’s cousin Bob who lives close to where we stayed in New York never had a chance to get together with us while we were there. He was Facebook messaging with me on the morning we left NY and asking me where we were headed. I didn’t really think it mattered since we were leaving NY and not going to be so close to him anymore, but I answered his questions anyway. Once we got set up at our next campground in Connecticut he showed up to surprise us and we had a wonderful rest of the day catching up with him. We haven’t seen him since our wedding day almost 18 years ago!

Chris with his cousin Bob